A HELPING HAND
Our Small Repairs Workers have been helping out in the Community. They have been picking up food and drinks from Morrisons and Marks & Spencer and dropping them off for distribution by Community Action for Erskine, The Star Project and Voluntary Action East Renfrewshire.

They have also been picking up and distributing subscriptions for those who can’t get out and have no family members to assist. 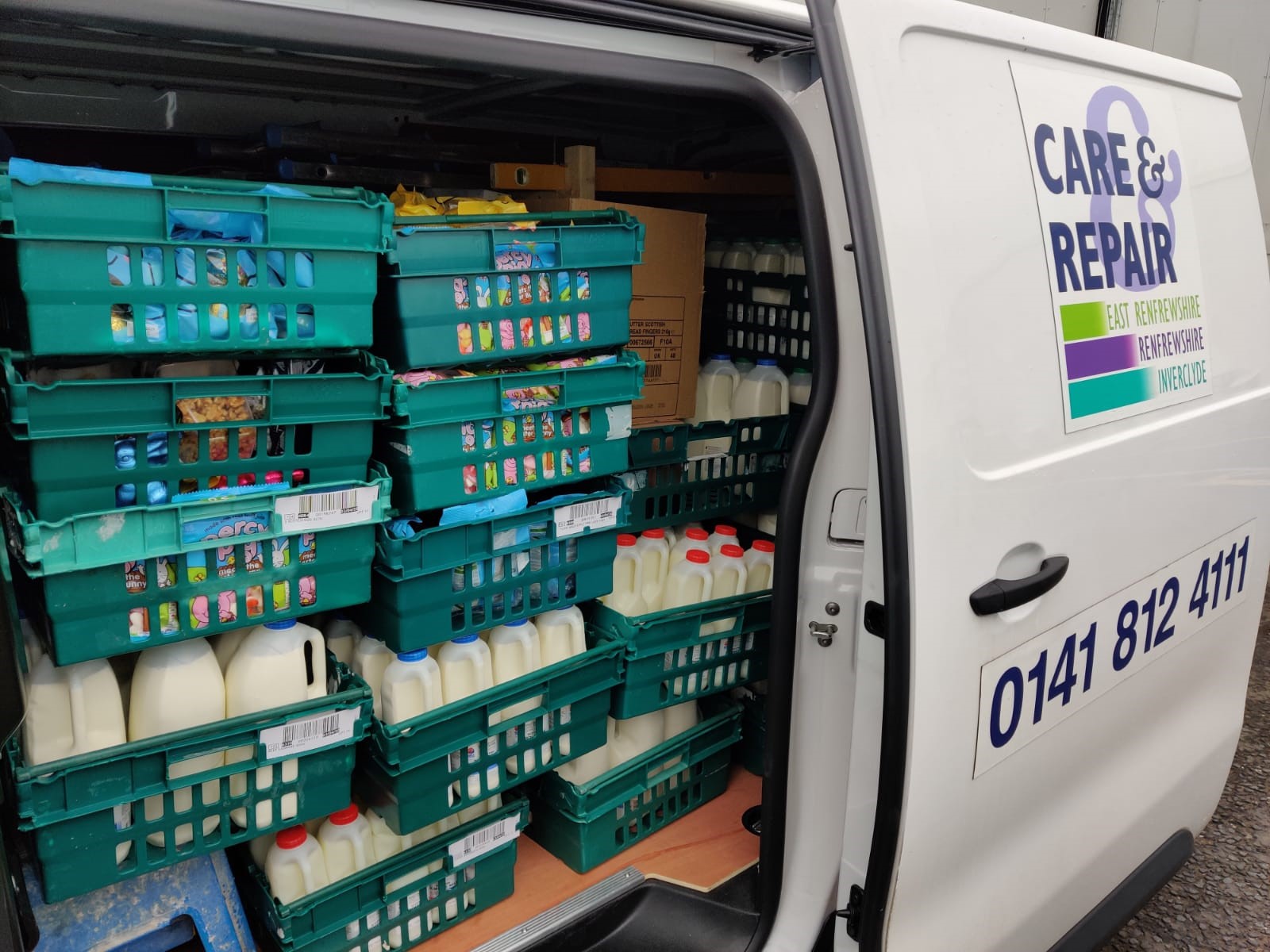 RE-BRANDING
We have now re-branded to reflect the new three council wide service and you will no doubt see our vans in your area, displaying the new logo. 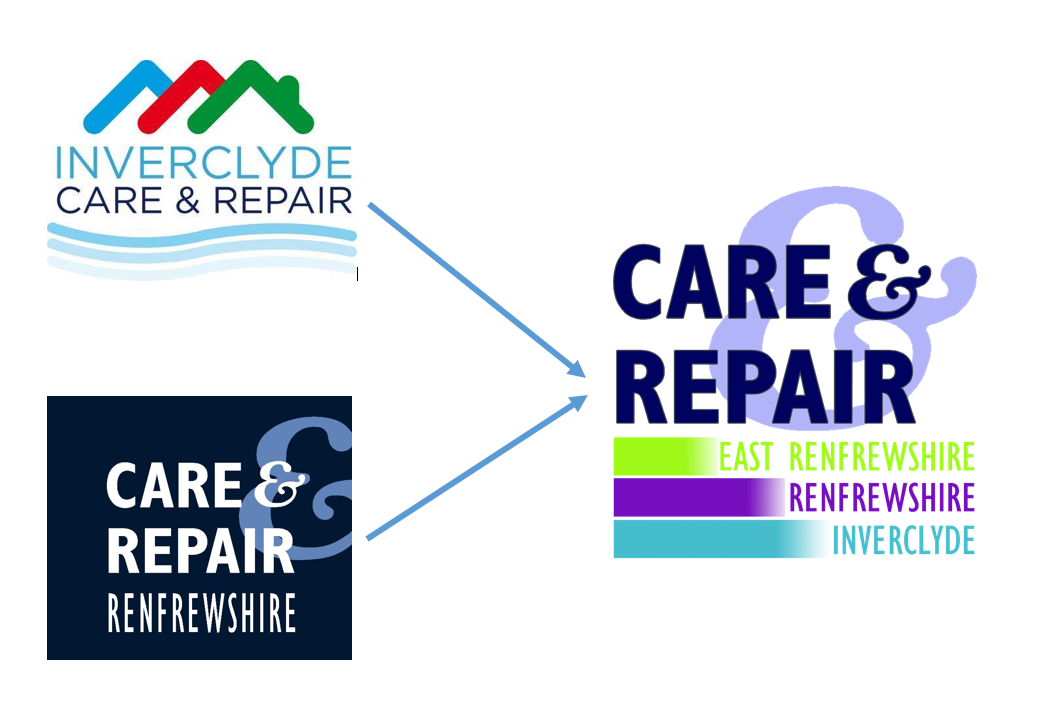 CONTRACT
We are pleased to confirm that following a PCS Tender process by Inverclyde Council, Bridgewater Housing Association were awarded the contract to provide Care & Repair services throughout Inverclyde. The contract term is three years with and option to extend for an additional two years.
Several staff members transferred from the previous managing agent, Cloch Housing Association, and this has ensured continuity of high quality service with minimal disruption to customers.
We would like to thank Cloch Housing Association for their assistance and professionalism during the handover, and in particular commend their input and commitment to the Care & Repair movement since setting up the service in 2000.  It is only through economies of scale as the service provider for Renfrewshire and East Renfrewshire that Bridgewater are able to continue Cloch’s excellent work with the funding available.
RENFREWSHIRE & EAST RENFREWSHIRE
Following completion of a successful 5 year contract (2012-2017) Bridgewater were awarded a new two year contract with Renfrewshire and East Renfrewshire Councils in 2017. The contract was extended for a additional year. The tables below show completions against targets for the previous contract.
All targets were exceeded and most importantly, our assistance was provided to a far greater number of people than anticipated, thanks to the commitment and funding provided by both Local Authorities.